File this under “things I wished I’d started doing a long time ago”, but we began collecting usage data from Summon a few months back, using a modified version of Matthew Reidsma’s Summon-Stats script. In that time, we’ve built up a log of just over 310,000 user transactions from Summon searches for around 160,000 distinct items[1].
It’s early days yet and we’d need to collate more data before we could launch this as a truly viable service, but we’ve got enough usage data to start driving “people who clicked on this item, also clicked on these…” style suggestions (based on the same methodology we’ve been using since late 2005 on our OPAC): 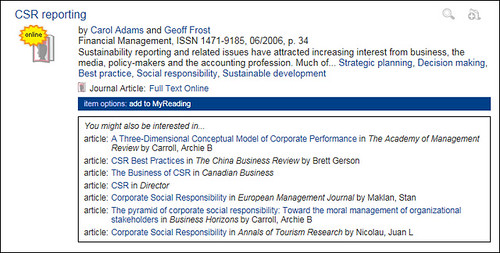 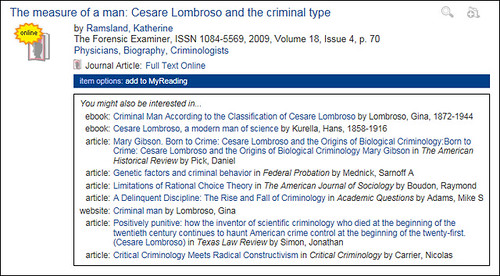 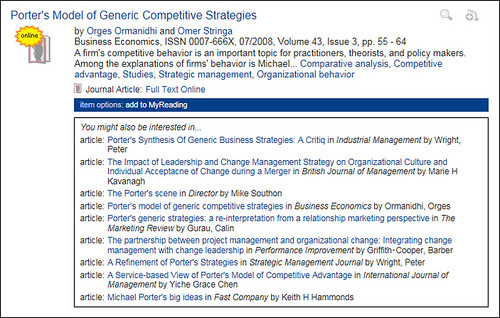 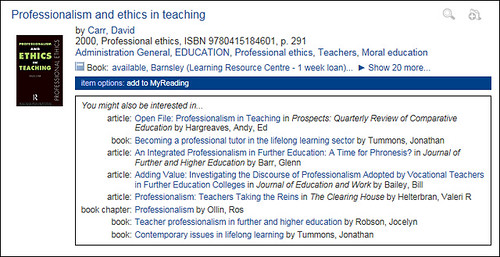 Although the suggestions seem to mostly be relevant and on-topic even at this this early stage, given more usage data, they’d become increasingly refined and improved.
I guess conceptually this is similar to the Ex Libris bX service, but it also exposes items that wouldn’t necessarily be tracked via link resolver logs (e.g. books, web sites, off-air TV recordings, items in the repository, etc).