I was really tempted to create a protest group in Facebook but, for some reason best known only to themselves, the people at Facebook are insisting that Huddersfield is really somewhere in Northern Ireland… 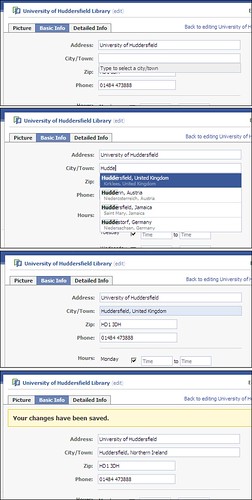