Despite a widespread network failure that seemed to affect quite a few universities, I finally managed to pick up all of the #cilip2 tweets from today’s event: http://www.daveyp.com/files/stuff/cilip2.html 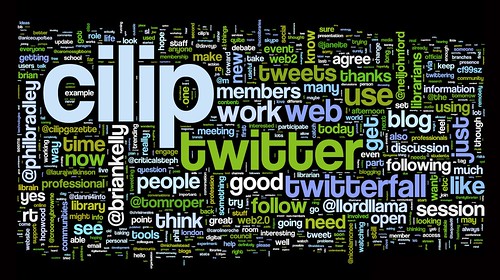 Whenever I get a spare half-an-hour, I’ll do some analysis of the tweets. If anyone want a tab separated version of the data, you can grab it from here. 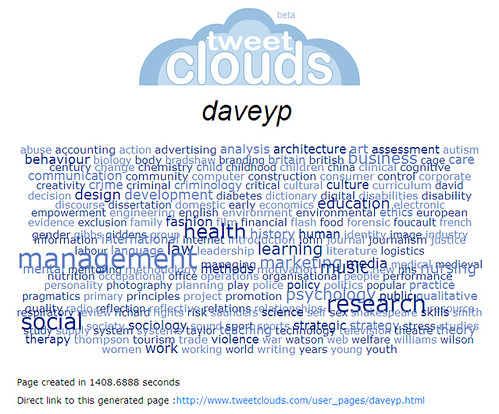 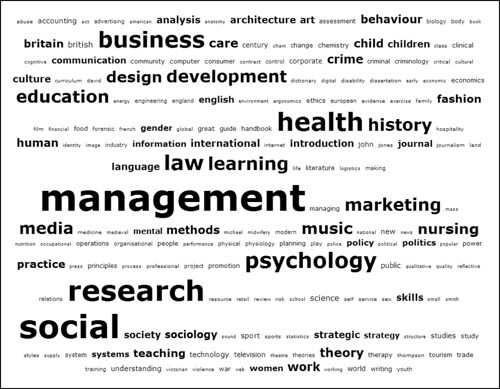 I noticed that a few other people have been blogging about how they’re using Twitter within their own library, so here’s how I’ve been (ab)using my Twitter feed…
http://twitter.com/daveyp
Last year, I set up some data feeds from the library that our students could hook into for their projects. This data includes a file listing the keywords used in the last 50 searches on the OPAC and their frequency.
The file is also used to generate this keyword cloud (which ignores words with a frequency of only 1).
Anyway, after getting bored with manually updating Twitter myself, I decided to hook it into the keyword file. Every few minutes, an automated script checks the file for the most frequently used keyword(s) from recent searches, and sends it off to Twitter.
I’m not sure if it really serves any useful purpose, but it’s kinda fun to see a top-slice of what our users are searching for. Occasionally the keywords link together to make weird statements…

…so, the next time Twitter crashes, you can probably blame me 😀